A few months ago the son of Paul Stockman, the person who played Konga, wrote me after stumbling across my website. He thought that it was cool that one of Steve Ditko’s favorite things to draw was Konga. He also said that his dad is turning 85! He wanted to give his dad Craig Yoe’s book about Konga. Since I know Craig, I thought we could give Konga a Konga card! So at East Cost Comic Con, Craig drew Mr. Stockman a card, we both signed it and I sent him the card!

Mr. Stockman loved our card so much that he sent us a video telling the story about how he got the role of Konga. He gave me permission to share it on my site, since I thought other people would enjoy hearing this, too.

Here’s what Paul Stockman said:
Hello, Carl, hello, Craig! This is Paul Stockman speaking. I’m absolutely thrilled with the birthday present and greetings you sent me. How I came to get the part of Konga: my agent told me there was an American producer looking for a six-foot actor. Would I go to Mac’s Rehearsal Rooms, Leicester Square, London? So I toddled along; I walked into the room and there’s 20 six-foot tall blokes! I thought, “Oh, dear, it’s a lineup!” Anyway, the producer Herman Cohen came in carrying a big cardboard box. He said, “The actor I need must be exactly six foot, so if you’re six foot, one or five foot, eleven, thank you for coming but you won’t do.” So everybody left except three, two other guys and myself. 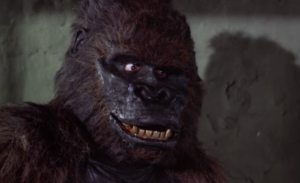 The producer then opened a cardboard box and took out the gorilla headpiece. He said, “Now I’d like all three of you to try this on because the guy who gets the part will have to wear this six to eight hours a day, so see how you feel with it.” So, we each put the gorilla head on. The other two had blue eyes and I’ve got brown eyes. And we all knew a gorilla has brown eyes. So that was how I got the part!

From that, interesting, too, we had an assistant director called Buddy…Buddy was one of those guys, very efficient, he kept pushing me around and said, “Over here! Over there!” And I got fed up with him. And I decided on the last day of filming I was gonna give him one. However, the last day of filming, he wasn’t there. I said, “Where’s Buddy?” And they said, “He’s gone to work on a new film.” So we finished the film and the next day we had the special wrap party. All the actors and crew got together, made a special party, and somebody came and tapped me on the shoulder and said, “Paul, you’re wanted on the phone.” I thought, “What? Who could be phoning me here?” So I picked up the phone, and said, “Hello?” And the voice said, “Hello, Paul, it’s Buddy!” I said, “Buddy?” He said, “Yes!” He said, “Buddy! I don’t know if you know it, but they just started working on a new film, and they need a guy to play the monster, it’s called ‘Dr. Blood’s Coffin.’ And I told the producer what a lovely, sweet-natured guy you were! And he’s agreed to see you.” And guess what! I got the part. So it shows you, always be nice to everybody. You never know how it’s going to turn out!
And, anyway, thank you once again for the book and the card. It’s nice to be remembered. Bye!

Here’s Paul Stockman as Konga in the original trailer: 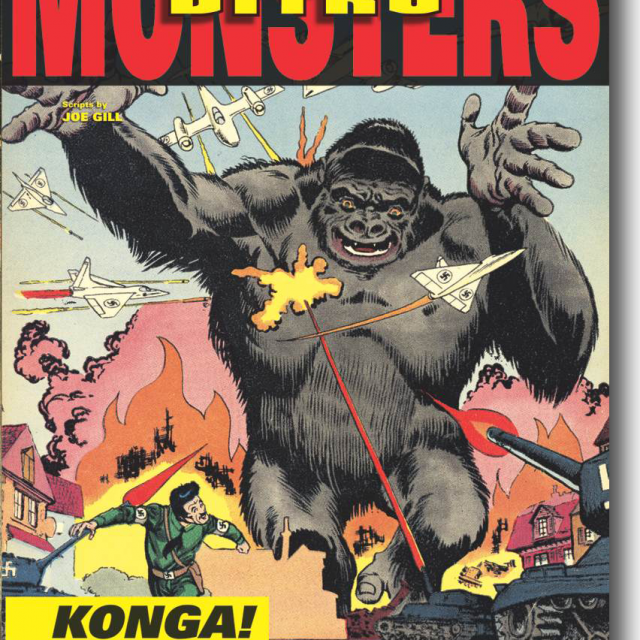 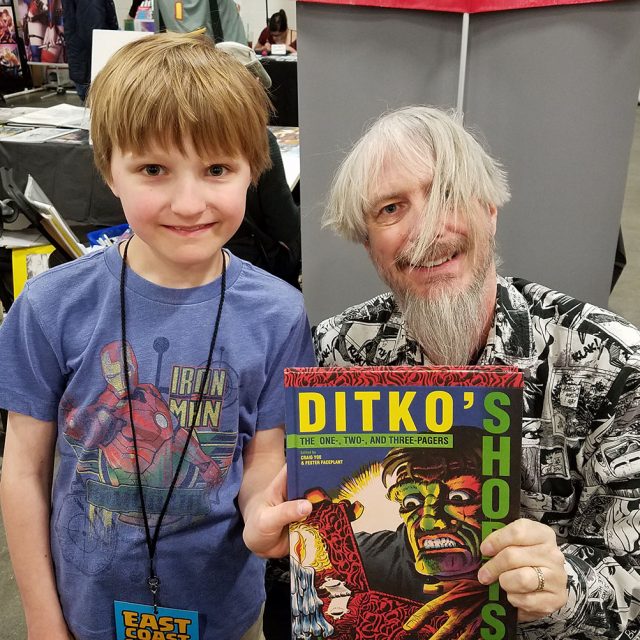