Stephan Pastis is the creator of the popular comic strip Pearls Before Swine and the really funny book series Timmy Failure. I had a chance to interview him and talk about his comic strip, books and even upcoming projects. His new Timmy Failure book comes out in April, so after you watch the interview, be sure to check out the first 5 – they’re great!

Carl: I’m here with “Steven” Pastis, creator of…
(whispered by Stephan): “Ste-phan”
Carl: “Steven” Pastis…
(whispered by Stephan): “Ste-phan”
Carl: “Stephan” Pastis, creator of the comic strip Pearls Before Swine and the Timmy Failure books. I’d like to ask you a few questions for my readers. (Note! Today I learned he pronounces his name “Ste-phan”)
Stephan: Yes, fire away.
Carl: When I told grown-ups that I was going to interview you, they all started naming their favorite Pearls character. Do you have a favorite?
Stephan: Yes, Rat, for sure. I would draw Rat all day if I could.

Carl: (chuckling) Wow. You were a lawyer before you became a comic strip artist and writer. How did you make that change? Was it hard?
Stephan: Oh, it was easy because I really hated being a lawyer. From the minute I left, I never went back. It was a very easy transition. The easiest thing I’ve even done.

Carl: You had a chance to work with Calvin & Hobbes creator Bill Watterson. How did that happen?
Stephan: Oh, that was crazy. I knew somebody who knew him. His name was Nick Galifianakis; he was a cartoonist, and he gave me his [Bill Waterson’s] email address, and we hooked up that way, and he asked if he could draw my strips for a week.
Carl: Cool!
Stephan: Yeah.

Carl: Did you learn anything new about making comic strips from him?
Stephan: Yeah, to use a lot more solid black. My strips are too white, and I need more contrast, so now sometimes I purposely fill in more black.

Carl: I love Timmy Failure! After years drawing Pearls Before Swine, what made you want to write a book with a new character?
Stephan: To have the 300 pages’ space to tell a story, because when you do a comic strip you have no space, but when you do a book, you have all these blank pages. I had never had that before. So I wanted the space.

Carl: Cool. What inspired you to make Timmy Failure a detective?
Stephan: I thought it would be funny since he’s not smart, to have him have a profession where he’s supposed to be really smart, and that contrast made me laugh.
Carl: Cool.
Stephan: Yeah.

Carl: Are you writing more Timmy Failure books?
Stephan: I am! I just finished the sixth one, which will come out in February. (Note: They just announced it’s coming out on April 25!)

Carl: And are you going to do something new next? 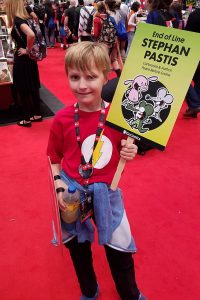 Stephan: Yes! I am. I’m going to do a new series with a little girl.
Carl: Cool.
Stephan: Yeah.

Carl: One last question: are you having fun at the show?
Stephan: I am having fun…
Carl: Me, too.
Stephan: …especially now.
Carl: Thank you for answering my questions. It was really nice to meet you.
Stephan: Thank you, you, too. 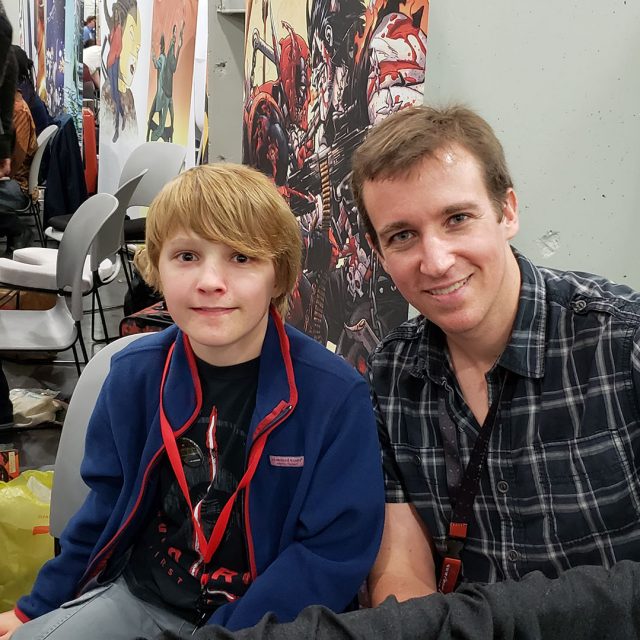 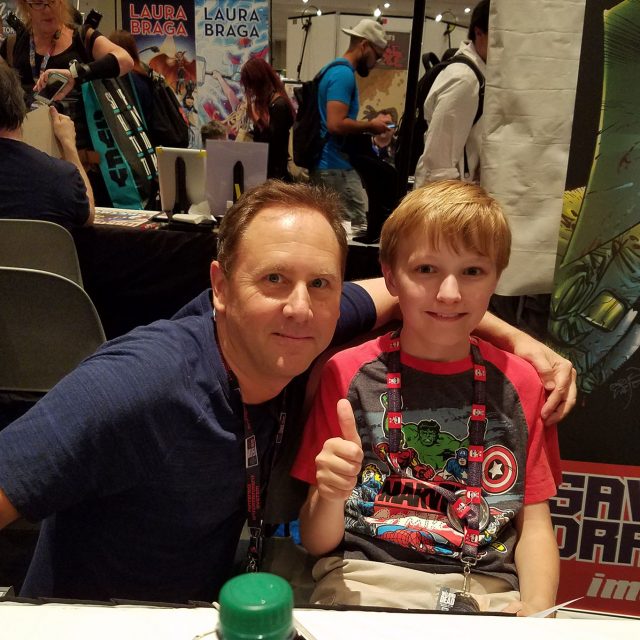