Since 1991, a comic book dealer and collector named John Paul (his friends call him JP) has been running comic book shows in North Jersey. This Sunday he is having his first comic book show in Montclair (click here for all the details). 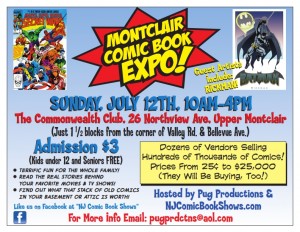 JP’s comic book shows are amazing! When you go, you see a lot of dealers with comics, toys and cards all around the room. You can find old and new comics there, from the Golden Age to brand new. Some dealers also have Pokemon and Magic, The Gathering cards. I even got some Flintstones cards for my mom once.

When we go, we say hello to all of the dealers. Some dealers, like this one guy Michael Williams, will even trade with you if you ask nicely (but you should read about making good trades first). When you get to know some of the dealers, they know how to help you with your collection. They are all very friendly.

For example, one time, a dealer named George put aside an early Steve Ditko comic for us and gave us a great deal.

My favorite part of these shows is the auction. It’s fun to see how crazy high the prices can go. Sometimes you can get great deals, too. Last time I won an auction, I only paid $20 for a big box of cool old Superman toys and other stuff.

JP is a very nice dealer and collector. I wanted to learn something about him and his shows, so I emailed him a few questions. Here is what he told me:

Carl: When did you start liking comics?
JP: When I was young, my older brother, Brian, collected DC and Archie Comics. He was about 9 years older than me. As soon as I was able to hold his comics in my hands, I was hooked! I actually entered Kindergarten already knowing how to read because of them. I do have one very special book in my collection… there were very few Marvel comics when he was collecting. But, I still have his Fantastic Four #1 in my collection… though it is missing the cover and first page, because when I was two years old the giant monster on the cover fascinated me to no end!

Carl: It’s hard to believe that there were almost no Marvel comics back then! I can’t even imagine it.
What comics do you collect?
JP: Over the years, I have collected many different comics. When I was your age I preferred DC and Dennis The Menace. A few years later, I added Marvels and second tier publishers to my collection. As you grow up, your tastes often change. I was lucky enough to have been present during the boom of independent comics in the 1970’s and 1980’s. Once I started dealing comics, I parted with many of my books knowing that they were going to good homes. Now, my collection is pretty much my inventory. I have owned many wonderful and rare books because of that (though many for just a short time).

Carl: Who is your favorite character?
JP: My favorite characters have changed over the years… but I guess I would say Superman, since the whole concept of the superhero started with him, and we would not have the comics we have today without him.

Carl: What gave you the idea to have comic book shows?
JP: I had been a dealer for about ten years. One day my wife, Bozena, said to me: “You’ve done this long enough that you should be able to run shows.” And she was right!

Carl: We are lucky that your wife gave you the idea. Without thes 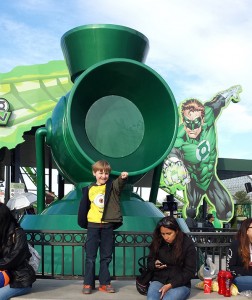 e shows we wouldn’t have all these friends that we met there. Do you have a favorite comic book show that you have organized?
JP: I love every show. But the two most interesting were the one I ran at The Montclair Art Museum in 2007 to coincide with a comic book exhibit they had set up, and one for Great Adventure in 2011 to tie in with the opening of their Green Lantern roller coaster.

Carl: Oooh, that’s cool! What made you think of having auctions?
JP: When I was young, comic book shows were fun and full of bargains. Many had auctions back then. I do it to help remind everyone that first and foremost, our hobby should be about having fun!

I hope a lot of people come to your show in Montclair! 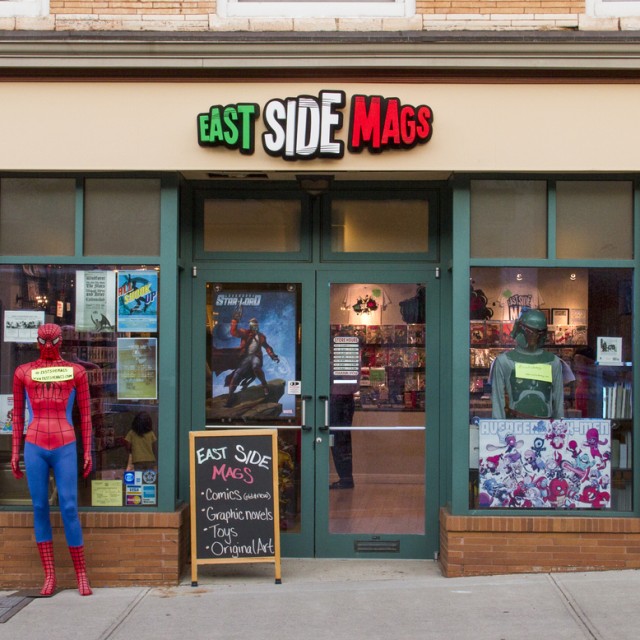