He’s No Flash in a Pan: An Interview with Writer Joshua Williamson

I’m here with Joshua Williamson, a writer who has worked with nearly every comic publisher and is currently working on the new Flash Rebirth series. Joshua, I’d like to ask you a few questions for my readers.

Joshua: Sure, fire away, man.

Carl: Did you want to write comic books when you were a kid?

Joshua: Yeah, I did, yeah. My whole life, that’s all I ever wanted to do, was make comic books. I mean, even in my fifth grade yearbook, it even says, “wants to be a comic book writer” underneath my picture.

Joshua: When I was a kid, I read Batman, and X-Men and Superman. One of my favorites was this comic called Spider-Man 2099. I read The Flash, my favorite, and Legion of Superheroes.
Carl: The Flash is my favorite superhero, too.
Joshua: Yeah, I loved it, it was a good book.

Carl: Do you listen to the Legion of Superheroes podcast?

Joshua: I don’t, no, but I like the comic, still, back from…there was a book called “Zero Hour.” That was my favorite Legion book back then.

Carl: Cool. What comics do you read now?

Joshua: I read mostly DC stuff. I read all the DC Rebirth books. And then I read a couple Marvel books, I read Civil War, I read Spider-Man. With Image I read The Goddamned (editor’s note: I think he actually said “Goshdamned for his audience) and Southern Bastards… What else do I read? Oh, Walking Dead, I really like Walking Dead a lot; Invincible is probably one of my favorites.

Carl: Cool. According to Comic Vine, you’ve written over 270 comics for almost 100 different titles. How do you stay so busy?

Carl: Cool. Were you a Flash fan before you started writing the new series?
Joshua: Yeah, for sure. Yeah, I loved him.
Carl: Are you watching the show?
Joshua: Yeah, I love it. It’s such a good show. Do you like it?
Carl: Yeah. What’s your favorite character in it?
Joshua: Oh, man, I like Caitlin Snow a lot, and I like Cisco… I mean it’s kind of crazy, I like Harrison Wells, too, but…and I like Joe…but I would say Caitlin Snow.
Carl: My favorite is Zoom.
Joshua: Oh, really? Which? The new Zoom? In the black suit?
Carl: Yeah.
Joshua: Nice. 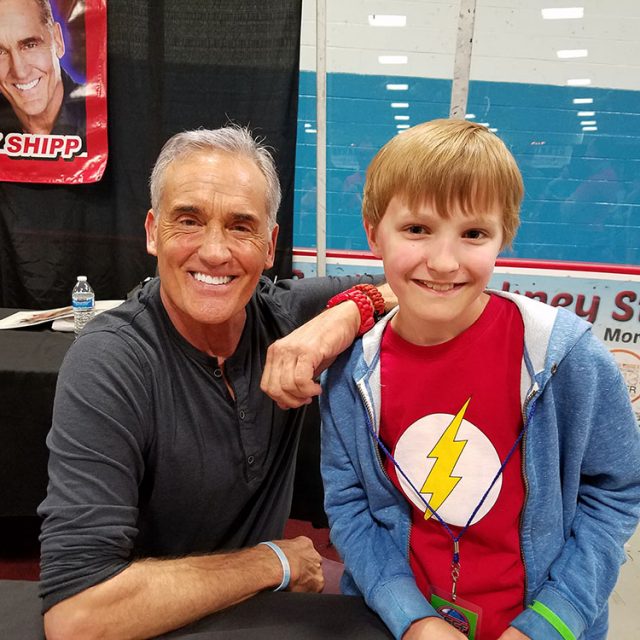