Crystal PvP-Is it Gonna Beat You? 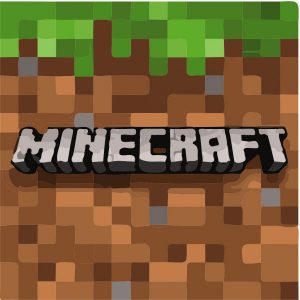 Hey everyone! This is gonna be an unusual article but sometimes different is good. Today I’ll be talking about a Minecraft server that’s just amazing. If you’ve been living under a rock and don’t know what Minecraft is, it’s one of the most popular games right now. It’s a game where you can be creative and build the stuff of your dreams or be in survival and have to survive against zombies, witches, dragons, and so much more! Behind all that though is the community aspect of the game. You are able to join servers from all over the world. China, Japan, Germany, where ever it is, you can play on it.

Now to the main part of our article, Crystal PvP. This is a server that combines everything popular in Minecraft.

Kit PvP (practice), this is a competitive based game (and in my opinion the best mini game) where you have to beat as many people as you can and capture Koths to win prizes! (Kind of like capture the flag) This is where you have numerous amounts of different kits you can play. For example, NoDebuff, Debuff, Archer, Sumo, Spleef, No Enchants, Build UHC and much more. Their are Unranked Queues and Ranked Queues and in these, you queue the gamemode you wish to play, and queue an opponent to 1v1. Furthermore, on Practice, it offers Tournaments, Party Fights and Prizes for the top of the Leaderboards.

Factions, however, is PvP related but instead you make teams and have to become #1 in order to win during Seasons. It is the most competitive and Hardcore Gamemode on the Server currently. At the end of each Season, there is a prize to the best faction. This is called the Ftop prize. You can win free paid ranks for the server and gift cards for the online store. Getting free ranks allows you to get in-game bonuses to help make you get even better. With factions comes survival. The classic survival: who could think of a more basic game? You get supplies, survive the night, and do it all over again. This mini game is extremely good because of how simple it is. No gimmicks or anything.

Finally, there’s UHC (ultra hard core). This is basically competitive survival. You need to get tools in a limited time before the time runs out. Then the PvP turns on and your main objective is to survive and be the last player standing. After a certain amount of time, you get teleported to another, smaller map, and have to survive by putting your PvP skills to the test by battling it out against the other survivors. Only the best survive to this point. This mini game is mostly used for community tournaments.

So, why should you play here?

Like I said earlier, this server combines lots of fun mini games and it’s overall a great server. At the moment, it’s in its beta versions but me and the rest of the staff team hope to have factions out tomorrow! This server has a great community, especially the owners, DiamondTheo, Tacticalsmurf, and NotchL. They make sure that the server is safe and we really appreciate it. They are the ones that make this happen. But it’s not just them. The great community support and activity keeps the server alive. With a great staff team, a great community, and great owners, I would be surprised if this server ever shut down.