Do you Remember when I told you about Banana Tails by Mark McKenna? I just got to read the upcoming issue and I really like it! Here’s my sneak peek at why you should totally support it in its last two days on Kickstarter.

If you don’t know what Banana Tail is, it’s a series about a monkey and his friends. Artist and writer Mark McKenna created it with his dad in the late 1990s. His dad passed away a while back, but Mark has continued their story and made it into a beloved children’s book series. The third book in the Banana Tail series focuses on Tic Tac, the plaid zebra, and the first time he met Banana Tail! Along the way they have to escape bullies and end up making some sea lion friends as well.

My opinion about the comic is that it’s a really good kids’ book. I’m pretty sure that anyone under 12 would really love it. It’s a nice and easy read, there are lots of pictures to understand the story, and it isn’t that advanced or long of a read. This would be a good book for parents to read to their young kids and for beginning readers to read by themselves. 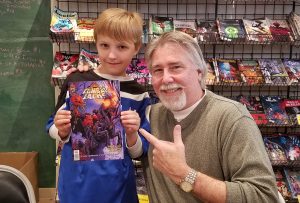 Me with Mark when I first interviewed him!

Another great thing about it is the art by Kevin West, who drew Guardians of the Galaxy(!) and Mark McKenna and the coloring by Kate Finnegan. Mark really is an amazing artist and one of my favorites – I have a bunch of different sketch covers by him on my wall. I’m even getting another one from him as one of the Kickstarter rewards for supporting this book. Mark has been a pro for a long time and can draw anything – from really creepy things to heroes to fun things like Banana Tail and his friends. Not a lot of people can do it all, but Mark and his team sure can!

This series has really grown from a father-son comic to a huge story that lots of people enjoy. Now, it’s about to end on Kickstarter – just 1 and a half days left! I would really like it if you supported the comic. So, don’t wait!

Check Out Banana Tail NOW!!
Liked it? Take a second to support Carl on Patreon! 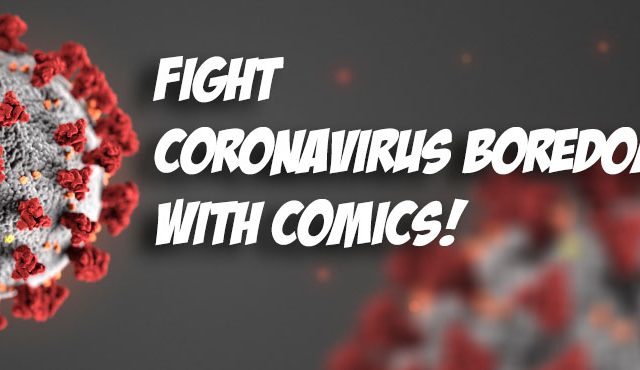